Clononeen Clover Hill -Gypsy Cob imported from Ireland May 2004. Striking white and black tobiano with inkspots, indicating that he is most likely homozygous. He has never thrown a non-pinto foal.  He has an amazing amount of feather, mane and tail. and a really nice disposition. He is 15 hh and clearly a cob and not a light horse. His sire is Smithwicks who was imported to Holland, his dam is deceased, her owner called her "his best mare". Clover has shown that he is probably homozygous for color, but not for black and white, so he has a red gene as well. He is very pretty-headed and prepotent, all of his offspring look like Gypsies: long heavy tails, double manes, long shaggy winter coats, unlike their dams. They all have his cob build, plenty of bone and substance, and they all move very well.  They also have the renowned Gypsy disposition with that easy-to-train, in your pocket type horses.  Mare care available.  $750 to approved mares. 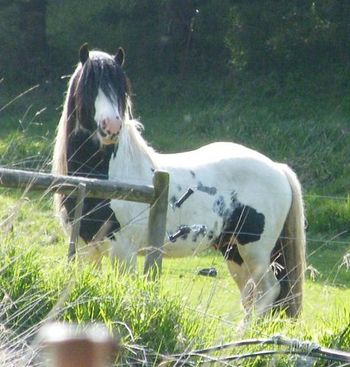 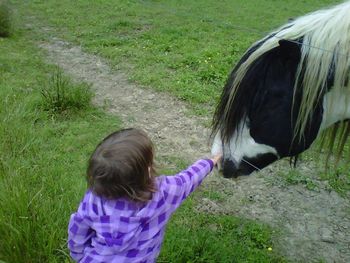 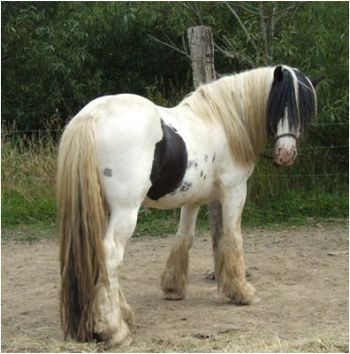 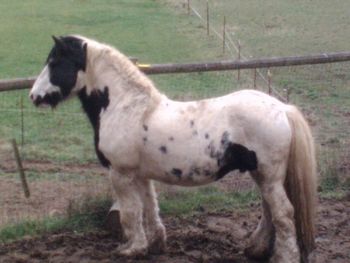 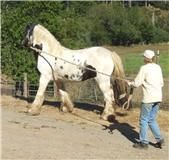 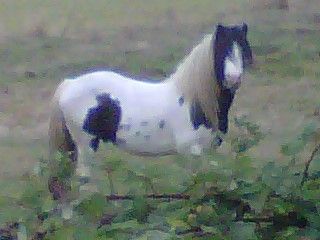 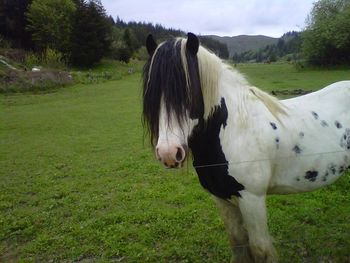 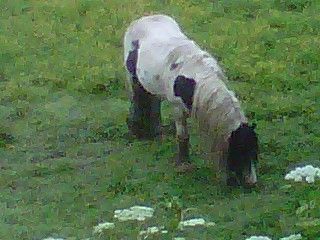 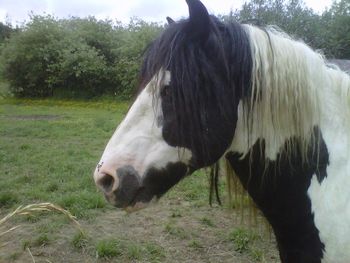